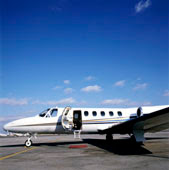 In the Greensboro News & Record online edition here is the headline "Community Foundation Delays D.C. Trip", CLICKHERE . In the article this is what was said from the Community Foundation
“Questions have been raised as the result of the misperceptions of some regarding the use of this donated plane,” the statement said. “While we are disappointed by the misperceptions this travel plan has caused, more importantly we value the public’s trust and do not want to do anything to damage that trust. Therefore, we are postponing the trip.”also in the print edition that came out on July 4th 2009 this was below the title of article,
"Some questioned the ethics of using a foundation member's jet" , Triadwatch was all over this aspect of the trip to D.C.
Earlier in the week Triadwatch had this to say about this whole ordeal.
Ed Cone writes today that local elected officials are flying to Washington D.C. to meet with our elected federal officials on securing federal money for a redevelopment project which the News & Record talked about CLICKHERE.
Here is the part of the post that needs to get a closer look and scrutiny, Ed Cone writes this,"The group will be flown to DC at no tax-payer expense by developer Roy Carroll, says Johnson." Here is the post CLICKHERE

We have a local developer in Roy Carroll who also has a local Political Action Committee called "North Carolinians for Leadership in Government " giving free airplane rides to local elected politicians in Mayor Johnson and Guilford County Commissioner Skip Alston.

Is it ethical and or legal for a local developer who already got tax incentives from both the greensboro city council and guilford county commissioners flying local elected officials to Washington D.C. ?

How will Roy Carroll report this on his political action committee?

These are some of the questions that need to be answered or talked about.

UPDATE UPDATE Guarino has a post as well CLICKHERE

Local elected officials need to be understand what ethical standards are and this trip on a major campaign donor and major developer in Roy Carroll's plane stunk to high heaven. If Mayor Johnson and Guilford County Chairman Skip Alston want to fly to D.C. then use your expense travel budget money that each of you have as a elected official to fly commercial up to D.C. if it is that important to meet with federal officials.

It is time for all local elected officials to understand this will not pass muster seeing a major campaign contributor and developer offering his plane for a trip to D.C. for any purpose whatsoever. As you can see from the delay in the trip someone got to them to explain to the local elected officials it wasn't going to fly with the citizens of this area.